Thank you for donating to our Ukraine fundraiser!​

​As previously announced, our fundraiser for the Red Cross ended on May 31st!​

​With your help, we successfully raised €30,000, 50% of which was donated by Toluna to match your generosity! This amount will now be used by the Red Cross to help those who need it the most.​

​We cannot thank you, our amazing members, enough for actively participating in this fundraising event. As the proverb goes, a good deed is never lost!​

To end this event, we’ve also prepared a short video to highlight the efforts made by those who were able to donate. Click on the link below to watch it and most importantly…​

​Keep influencing your world!​
Toluna Team​
​
P.S. We have sent a small token of our appreciation to all those who donated! If you haven’t received it yet, please check your inbox now!

Words cannot express our appreciation for you…

The last three months have highlighted the unmatched generosity of Toluna Influencers, our truly global community whose kindness is without limits. Not only have you been making a difference to everyday products and services but one to those living in it – and for that we are truly grateful.

We are almost at the finish line and with only 6% to go before achieving our collective goal of €30,000 – we know we can accomplish it. As Albert Einstein once said “Only a life lived for others is a life worthwhile.”

The fundraiser will run in our Rewards Centre until the 31st May. We invite you to make a donation and help those suffering from the tragic war in Ukraine and make a difference that will last a lifetime. Simply go to the Rewards Centre to make your donation now.

QuizLuna is back for another edition! Between today and 29th May, you can prove your knowledge, earn points, and qualify for the big prize: 50,000 points!

This article will be updated throughout the campaign to include the correct answers for the previous week(s), so you might want to bookmark it for easy access!

Until then, check out the Game Rules and Terms and Conditions below.

QuizLuna is free to enter and open to all Toluna Ireland influencers.

There will be four rounds:

The SuperUser draw is open only to the most active influencers, offering them the chance to win an additional reward: 50,000 points.

In order to be eligible for the draw, influencers need to play the QuizLuna game AND complete at least 2 surveys in the same week (the week ends on Sunday at 11.59pm).

Good luck and have fun!

In Bridgerton, which character said the famous “You are the bane of my existence” line?
Anthony Bridgerton

In How I Met Your Mother, who plays the character Barney Stinson?
Neil Patrick Harris

Which of these American TV series is NOT about life in prison?
Law & Order

Which popular comical TV series was filmed in the Irish village of Avoka?

Which museum can you find Leonardo da Vinci’s Mona Lisa in?

What was the name of the last Fabergé imperial Easter egg ever created?

Which of these Impressionist painters was known for painting ballet dancers?

The Croquet Party was recently sold for a record €3.5 million at Christie’s in London. Which Irish artist painted it?

Choose the correct missing word in this sentence: If only I ______ richer.

Complete the sentence: ______ to school yesterday?

Toluna points are valid for _ from the date they are credited before they expire?

When was Toluna founded?

Toluna operates its survey panels in more than __ countries

In which country was Toluna founded?

The second Toluna Magazine of 2022 is here! 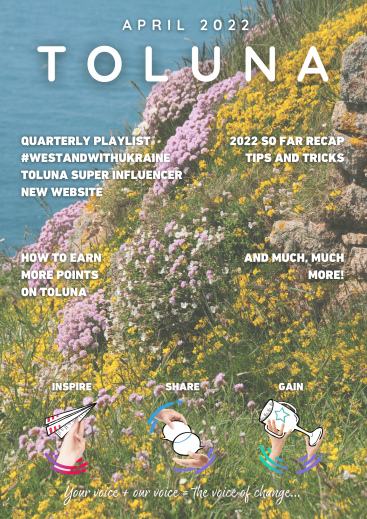 It’s time to announce the moment you have all been waiting for… The release of the second quarterly edition of the Toluna magazine for 2022!

Inside you’ll find a handy guide on how to use our new website, a brief recap on the moments shared in the community during 2022 so far, and a few interesting articles and new content creation topics that everyone can get involved with 🙂

I do hope you enjoy the new edition and don’t forget to let me know your feedback so I can bring you an even better edition next time!

Our fundraiser to help those suffering the current conflict in Ukraine has been ongoing for over two weeks. During this time, we managed to raise as much as:

You have offered so much, but we do hope that this is not the end of our combined efforts. Keep in mind that Toluna matches any donation you make up to €15,000. How does it work? If you donate 1000 points today, we will add another 1000 points.

Influence your world – today we all need it more than ever!
Toluna Team

Together we can help Ukraine! 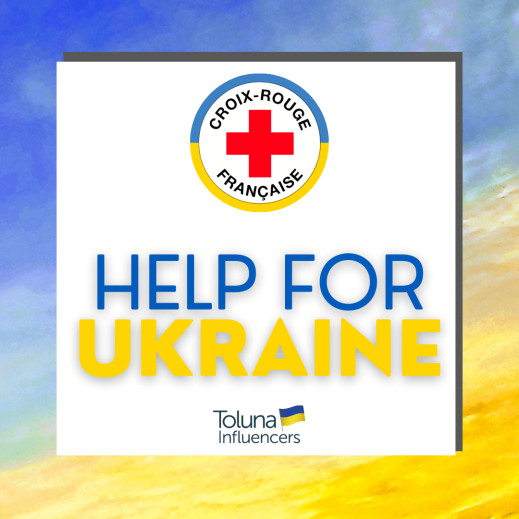 In light of the recent news from Ukraine, Toluna would also like to contribute and support those who need our help the most. Today, our sense of belonging to the international Toluna Influencer community is more important than ever.

Therefore, in the Rewards Centre, you will now find a fundraiser where you can donate 1000 points or more! Please also note that Toluna will match every donation you’ll make up to €15,000.

How does it work?
If you donate 1000 points today, we will add another 1000 points by the end of the fundraiser. We will keep you informed about the progress of the fundraiser, which will last until 30 April, and we will announce the final amount of raised funds in early May, after making a transfer to the Red Cross.

Influence your world – today we all need it more than ever!
Toluna Team

The first Toluna magazine of 2022 is now available!

Happy Wednesday! It’s time to announce the moment you have all been waiting for… The release of the first quarterly edition of the Toluna magazine for 2022!

Inside you’ll find a recap on the moments shared on the community during 2021, as well as interesting articles and fun new contests that everyone can get involved with 🙂

I do hope you enjoy the new edition and don’t forget to let me know your feedback so I can bring you an even better edition next time! 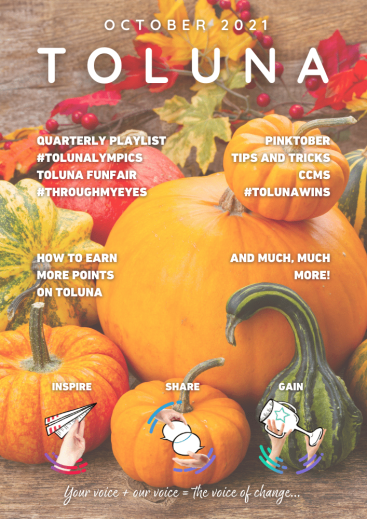 Inside you’ll find a recap on the moments shared on the community in the last few months of the year, as well as interesting articles and fun new contests that everyone can get involved with 🙂

I do hope you enjoy the new edition and don’t forget to let me know your feedback so I can bring you an even better one next time! 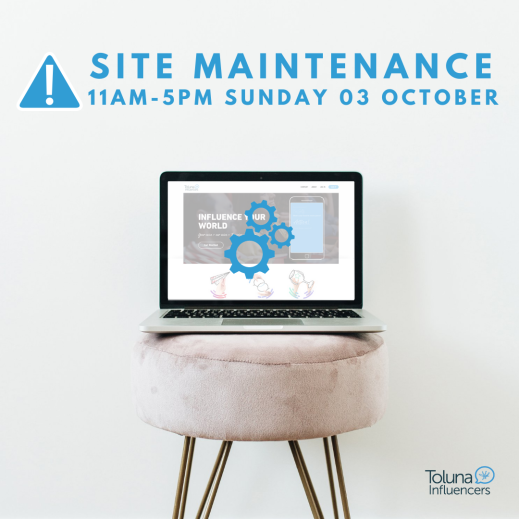 We’re writing to let you know that on Sunday, 03 October, we have scheduled downtime between 11:00 and 17:00 – you may be unable to access the website during this time.

The Toluna Team would like to apologise for any inconvenience in advance and we look forward to welcoming you back on the website afterward. We’re always trying to improve our service for you and we appreciate your co-operation.

Have a wonderful weekend!
Toluna Team

Time to get your game on! #TolunaOlympics

It’s time to let out some cheer because the beginning is here!

Are you ready to celebrate the Olympics here on Toluna with us?

Whether you’re usually in the crowd cheering on your favourite team or used to being part of the hands-on action by participating yourself – there’s something for everyone!

With our very special game in the Games Centre, you can race, swim and surf to your heart’s content and win up to 60,000 points! Thanks to us, you can be part of all the sports action from the comfort of your home 😉

But that’s not all, there’s also a dedicated contest to applaud and encourage your community’s team all the way to the finish line by submitting your very own photo or video – the top 3 will each win 10,000 points and 7 runners up being crowned with 5,000 points respectively.

And we know that all of the racing around will make you hungry, so why not re-energise with our bonus food game?

Each game will have its own leaderboard so be sure to re-charge and make sure you’re equipped to ensure your community’s country wins one of the three medals at the end, which you guessed it, means more points for everyone taking part!

Are you going for bronze, silver or gold?

Get your game on!

Don’t forget to check your e-mails and take part in our survey competition!

« Older Posts
Keep up with the latest Toluna news here! Toluna is the fastest, easiest and most fun way to ask and answer questions. Whether you're looking for facts, other people's opinions or just to give yours, Toluna is your new HQ!

Go to the main site